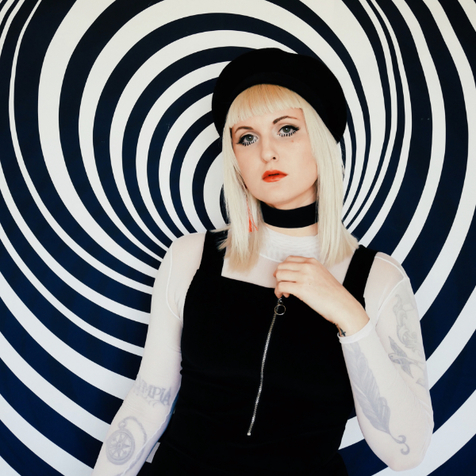 For producer / vocalist / and multi-instrumentalist Dot, a fusion of electronic, indie rock, and R&B elements has awarded her a role as a one of the scene's most respected emerging talents. Whether providing cutting edge beats as part of LA beat collective Team Supreme, or fulfilling her role as founder of her own female-focused music label Unspeakable Records, Dot is a champion for the often unsung female producer. Her music has been praised by the best in tastemaker media, including features in Nylon Magazine, Pitchfork, Okayfuture, Highsnobiety, Nest HQ, Lucky Brand, Ableton, and more.

Dot debuted her first live set at Low End Theory, the infamous hip-hop/electronic night at The Airliner in Los Angeles. She continues to tour regularly as a live performer, gracing the stages of world-famous venues including The El Rey Theater LA, The Echoplex LA, The Observatory OC, Output New York, and Home Club Singapore. When she's not traveling, Dot holds down a DJ residency at the Ace Hotel in Los Angeles.

In addition to her solo work, Dot has produced for artists including SZA (TDE) and Teri GenderBender (Le Butcherettes, Bosnian Rainbows), and writes music for film and television, including a VR Installation score for the LA Times in 2017. Dot's extensive knowledge of music production and creative strategies also led to her participation as a guest speaker at Loop Berlin: Ableton’s summit for music makers.