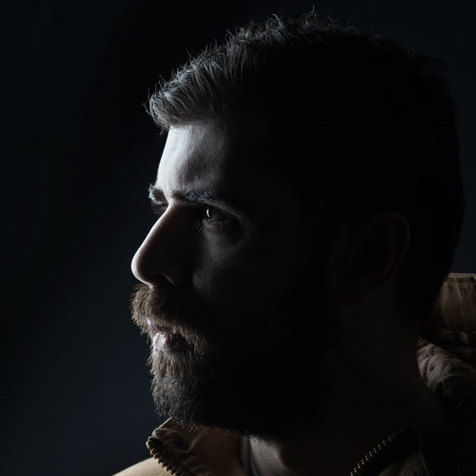 BILLAIN stands as one of the true pioneers and experimenters of our time. With few names in DnB so synonymous with the advancement of sonic ideas, narrative concepts and the incorporation of technology and visuals into his output - his consistent exploration of new hybrid combinations of these components sets him apart from the pack.

Having schooled himself in the techniques and theory of music production through Techno, Billain eventually found a deeper connection to the wide possibilities of experimentation found in the broken beats of DnB. With his early influences including from Xenakis, Aphex Twin, The Prodigy and early Metalheadz releases, it was inevitable that the trademark sound he finally gave birth to, was to be one of a truly experimental nature.Following releases on Breed, Syndrome Audio, Citrus and Rise Audio, he eventually found firm footing in BAD TASTE RECORDINGS – the legendary label of DnB legends Bad Company Uk. With the release of a pair of singles ‘Batbots / Manifold’ in 2012 and ‘Blockfield / Boogie’ in 2013 that still get regular play on systems today, he established his sound on one of neurofunk’s most significant labels. With his ‘Colossus’ EP on Bad Taste in 2014, he took things a step further, with the well-respected UKF publication declaring him a ‘Gamechanger’ and tracks like ‘Autonomous’ demonstrating his uncompromising approach to pushing the limits of DnB. With Colossus, Billain established the narrative of his ‘Apesian’ sci-fi odyssey, backed with the incredible artwork of Marvel artist Enis Čišić.

From this point his achievements multiplied – remixing Koan Sound & ASA’s track ‘Tetsuo’s Redemption’ accompanied by an incredible recut tribute version of Katsuhiro Otomo’s ‘Akira’, as well as the launch of his audio-visual experiment ‘Assembly’ and the release of his ‘Binary 003’ EP on the well-respected Critical Music. He re-emerged in 2015 with his ‘Colonize’ EP on EATBRAIN, continuing the Apesian’s journey backing 4 diverse and hard-hitting neurofunk tracks, and launching the EP with an animated trailer crafted at a level rarely seen in the DnB context.

With his LP in development and set for release within the next year, as well as rumoured releases on some of today’s leading labels, things are only set to get more intense.